The Swiss Evangelical Alliance (SEA-RES) celebrated its 175th anniversary on May 7, attended by more than 200 participants who “saw the rich heritage of the Alliance movement in Switzerland on a journey through time” .

“Prayer, Bible and mission» are the three key words that inspired the celebration at the Evangelical Center of Tavannes, under the slogan “175 years for unity”which included many highlights of the Alliance’s history.

The event began with Swiss pastor Norbert Valley portraying one of the earliest members of the Alliance, Henry Dunantand bringing participants back into his life “to remind them how important it is that the proclamation of the faith and social commitment go hand in hand”.

“Yes, the Bible should be at the center, but it comes alive in the love of neighbor and above all of the weakest,” he said.

Pastor Norbert Valley took the audience on a journey to the mid-19th century as Henry Dunant. /WEA

Next, Hanspeter Nueschformer director of Campus for Christ, “took the public with him to the biggest Swiss football stadiums, where from 1980, the Days of Christ brought together thousands of Christians from all over Switzerland pray for the country,” SEA said in a statement.

“To date, 17 nations have organized such Days of Christ on the Swiss model, and after a break of twelve years, it would be time to organize such an event again in this country”, underlined Nüesch. 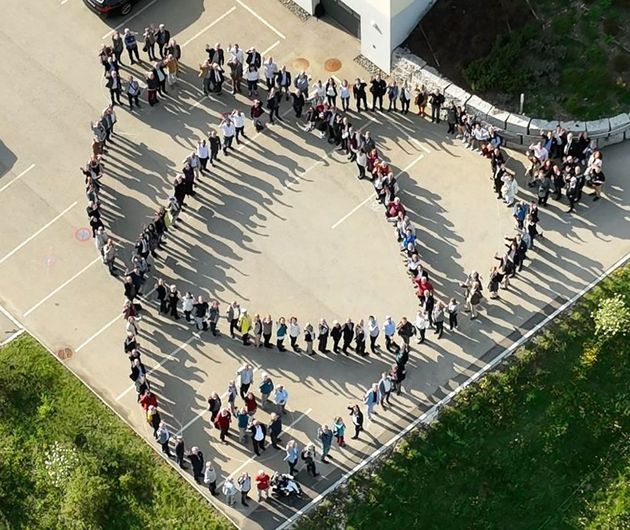 Participants were arranged to stand in the parking lot to form the SEA logo./ SEA

Michael Mutznerformer deputy director of the German branch of the Alliance (SEA), explained how the Alliance “bravely raise your voice for justice again and againand sometimes finds an audience with the authorities”.

He gave the example of a report on human trafficking that was submitted to federal authorities in 2013 and which became a catalyst for the National Action Plan against Human Trafficking.

Secretary General of the World Evangelical Alliance (WEA), Thomas Schirrmacher, closed the ceremony. He stressed the central importance of national alliances, because this is where unity is concretely experienced. 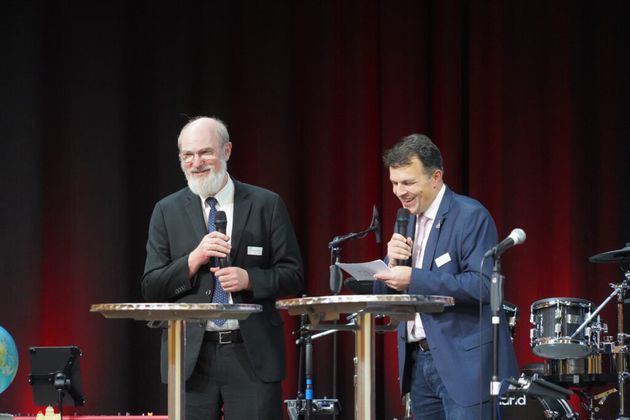 “It’s always fascinating to me that we are still able to keep the unity of the body of Christ, until our days, despite constant new additions. But it will also require a lot of prayer, a lot of dialogue and a lot of mutual listening,” Schirrmacher stressed.

The celebrations were preceded by the ordinary meeting of the delegates in the morning, which focused on the presidential and council elections.

“I give my yes for this office knowing that I am dependent on help“said Ungricht. The obligatory passage of the staff was done using a key with the biblical quotation of Matthew 16:19 inscribed on it, as a symbol of spiritual authority. 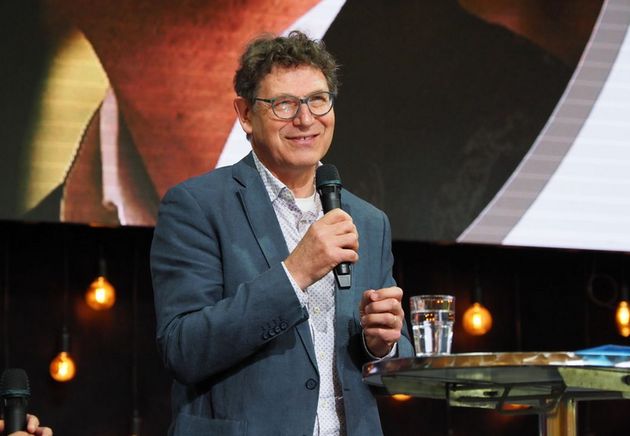 Wilf Gasser, former president of the SEA, during his farewell speech./ SEA

“Wilf Gasser had always succeeded in activating the unifying potential, he had seen the opportunities and the possibilities everywhere and had been prepared to go further and also to expose himself, according to the words of some of his companions”, said pointed out the SEA about its former president.

“At first I noticed here and there a competitive thinking between the churches, which has been overtaken today,” Gasser said in his farewell address.

Delegates also approved a slightly positive 2021 balance sheet. For the current year, budgeting has been rather cautious, due to the uncertain economic outlook for major donors.

Is the evangelical conscience still worried?

a report from Krakow, Evangelical Focus