180 meet in New York to prepare the next major congress in Lausanne, Evangelical Focus

“Together,” was the first and last words spoken by Lausanne Movement International Director Michael Oh as he opened and closed the recent L4NY gathering in New York.

180 leaders from all regions of the world gathered from 13 to 17e June to work on preparations for the next Lausanne World Congress to be held in Seoul, South Korea in September 2024.

“Hearing stories of what god is doing in the world and how Lausanne serves the global church by encouraging connections and collaboration was so inspiring,” said Jim. “And we also had many opportunities to give a European perspective About the problems. When it comes to the global church today, Europeans are a minority, but our unique context makes our voice in the global conversation a truly crucial voice.” 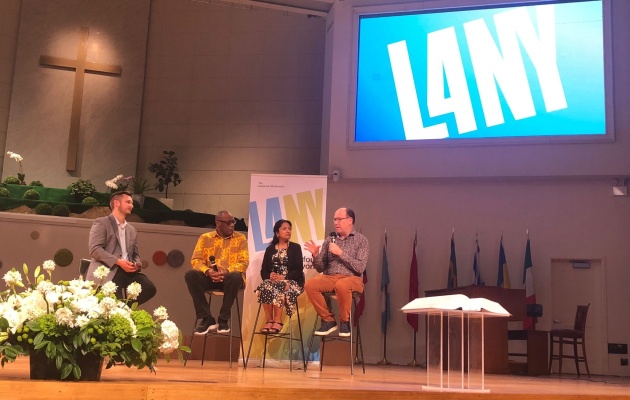 A conversation with European leaders during L4NY, June 2022.

“From the inclusion of women, young leaders and those from the majority world, it was clear that the The Lausanne Movement is making great efforts to diversify its leadership. The move towards polycentric leadership shows evidence of increased networking opportunities across regions and issues that should hopefully connect people and resources to do ministry more effectively,” says Usha.

Jim and Usha also had the opportunity to exchange during one of the plenary sessions on the recent gathering of the Ukrainian Christian Collaboration in Krakow that Lausanne Europe had helped to animate, and on the question of muffled voices which was so important at last year’s LE20/21 gathering.

Other members of the Lausanne Europe regional team were also present, Bodil Skjott as a catalyst for Jewish evangelization, Ole-Magnus Olafsrud as one of the leaders of YLGen and Janet Sewell who was part of the cohort of selected young regional leaders who participated in the pilot program of the Lausanne Leadership Journey, a two-year leadership development program which aims to prepare today the Lausanne leaders of tomorrow. 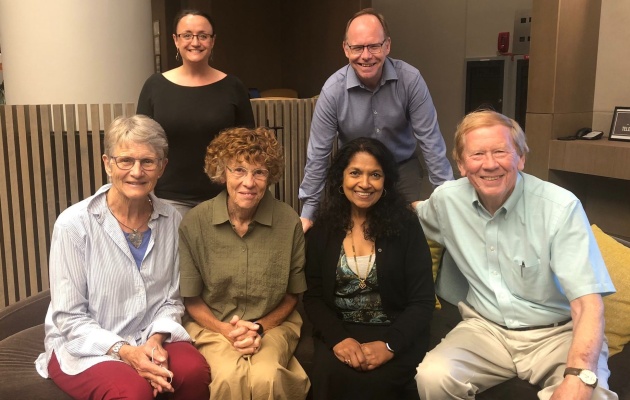 Although much of the focus was on preparations for the Fourth Congress in Lausanne in 2024, participants were constantly challenged to think towards 2050 and beyond. In one of the closing plenaries, Michael Neumann invited participants to imagine the world in 2050 by asking 10 framing questions. He suggested that these are the questions the next generation are asking themselves now and the answers they give to these questions will shape Christian life and mission in 2050.

Over the next two years, the Lausanne Movement around the world will seek to discern the answers to these questions. “We will live in a new world in 2050 but, as we expressed in the theme of our own European regional gathering last year (Dynamic Gospel New Europe), we believe that the gospel is dynamic enough to express itself with force in any context that the future may bring. But we can only do that if we listen to God and listen together to our European context,” says Jim.

Posted in: Gospel focus – world
– L4NY: 180 gathered in New York to prepare for the next major congress in Lausanne

Evangelical Lutheran Church in America aims to be inclusive