The famous evangelist and church planter in the Russian Empire and independent Latvia after 1919, William Fetler (1883-1957)started many churches in the country and formed the first Riga Missionary and Bible School in 1924 to prepare the evangelists and church planters for the Baltics and beyond. He was particularly interested in training missionary personnel for the Soviet Union.

The first graduating class of RBI in 1926.

The school has become a spiritual center in Rigathe capital of Latvia, and hosted students from various regions of the former Russian Empire [1]. There are many exciting stories of the graduates of this school. However, the school ceased to exist in 1935.

In 1939, the Soviet army occupied Latvia and thus no evangelical theological education was possible. During all those religiously dark years of the Soviet Union, there was not a single official theological school in Latvia. Only a few evangelical pastors were able to receive their education in the Moscow-based extension theological courses of the Evangelical Baptist Christian Union, which opened in 1968 or abroad. Some churches, however, have organized illegal training for their pastors and young people interested in theology.

In 1985, Mikhail S. Gorbachev became the eighth General Secretary of the Communist Party of the Soviet Union, and with him the attitude of the authorities towards the Church softened. In 1985, the German mission agency Logos International launched a unofficial theological training program in Rigaoffering programs developed by the International Correspondence Institute (ICI), later renamed Biblical Education by Extension (BEE).

When in 1991, Latvia declared its independence of the Soviet Union, the Latvian government introduced freedom of religion. Theological education was again possible. And a year later, in 1992, the BEE courses in Riga were registered as Riga International Bible Institute (RIBI) edited by Gennadij P. Zavalii. The history of the Latvian Bible Center (LBC) began.

RIBI mainly served the Russian Latvian churches. But Russian-speaking evangelicals left Latvia in large numbers after the declaration of independence, mostly to North America. The number of students decreased significantly, so the management decided to expand the program for Latvian and international students.

In 2006, Drs. Esther and Vitaly Petrenko joined RIBI and became leaders of RIBI in 2008. Vitaly, a Ukrainian/Latvian, and Esther, born and raised in Portugal, had met in Britain where both were studying theology. They got married and moved to Riga. 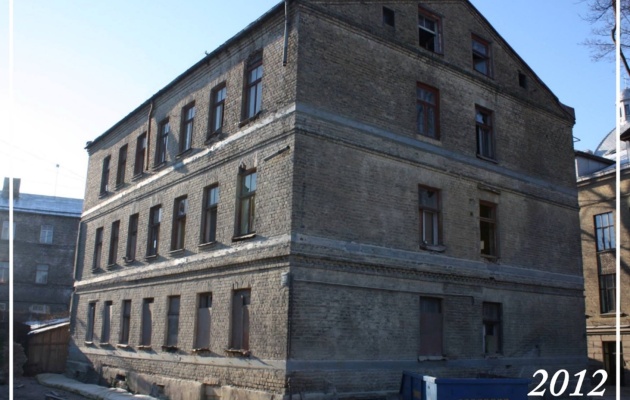 Since then, the number of people enrolled in one of the training programs has increased year by year, total number of graduates today at around 1,200. A good number of them have become pastors of Latvian churches, others serve the Lord in neighboring countries or as missionaries abroad. RIBI was renamed Latvian Bible Center (LBC) and some other training centers other Latvian cities have been added. At the same time, special programs, serving the interests of church leaders, such as counseling, have been widely accepted in churches of different denominations.

Ten years ago, the LBC acquired the original building in which Fetler had started his school in the first half of the 20e century. This move to the now fully restored building of the former Missionary and Bible School underscored the spiritual historical roots of the LBC. And this has been clearly recognized by evangelicals across the country. No other interfaith institution in Latvia enjoys such wide acceptance and support as LBC. The enormous success of LBC is clearly the work of its management and here in particular of Drs. Esther and Vitaly Petrenko. Now, after 16 years of service in Latvia, the couple will empower young people and move to Portugal. 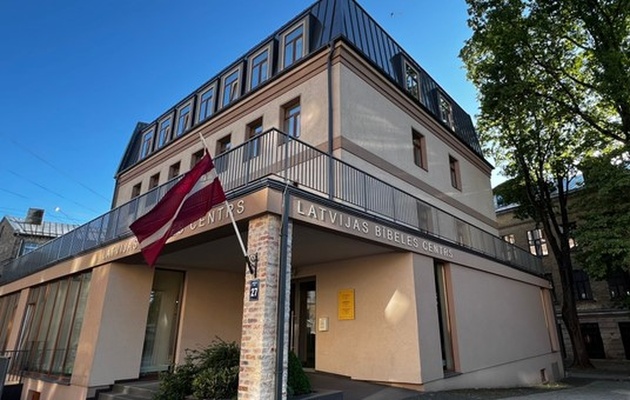 On Saturday June 18, LBC celebrated 30 years of faithful service the Church of Latvia. Guests from all parts of the country, Great Britain, the United States and Germany were present. Even its first director, Gennadi Zavalii, came from New York where he lives today. The party started with a wonderful graduation ceremony. 41 graduate students from theology, church ministry, preaching and counseling programs successfully completed their studies. The counseling program, the youngest of all the LBC programs offered with the Peace and Reconciliation Network (PRN) of the World Evangelical Alliance (WEA), was able to train 49 students. Dr. Johannes and Cornelia Reimer from PRN were present and congratulated the students. The success of the school leads to the continuation of the program in the near future. 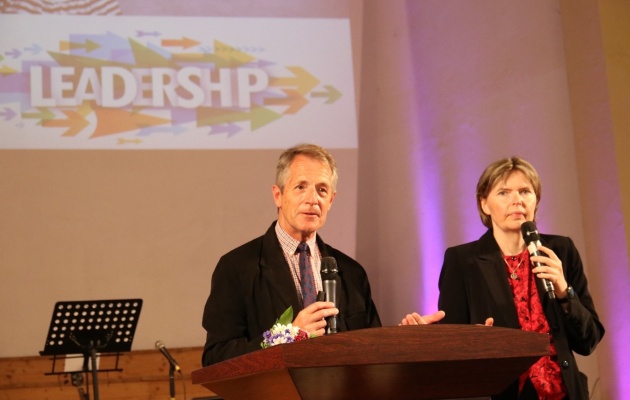 Dr. John Wood, London, Chair of LBC´s board of directors, with intepretor.

Teachers and students enthusiastically reported their experiences at LBC. dr. John WoodsSpurgeon College, London, the current Chairman of the Board of LBC, rightly took him to the point where he said that it is Jesus, admired and taught at LBC, who charts the path of the school and determines school values ​​and culture. And where Jesus is, excitement will follow, Woods said. Grace becomes a lived reality.

Literally every speaker at the jubilee conference emphasized the fact that LBC is proof that The grace of God present in a project that needs a miracle to come true and success was evident in every move made by LBC leadership. “Want to see God’s grace at work? Come to LBC! said a prominent Baptist pastor. “The government, many religious leaders, even some evangelicals, wanted this college to never grow well. But God wanted this school. And now we are celebrating our 30th anniversary. It’s all grace – what else?!”

It was William Fetler’s missionary vision that led to the establishment of the first Bible school in Riga. You can see this vision woven into the architecture of the completely renovated old building: the shape of the classrooms, the ambiance of the library, even a small Fetler museum. “You can’t miss his spirit,” said one of the visitors to the celebration in Riga. “Fetler is everywhere, and so is mission, evangelism and church planting.”

“We designed our school as a missionary college,” explains Dr. Vitaly Petrenko. “Our students are here to carry the flame of mission into the future. Latvia is a small country, one of the smallest in the European Union, but Latvia is strategically the best placed. Next to Lithuania, Estonia, Russia, then Belarus, Ukraine and across the Baltic Sea to Poland and Western European countries, the missionary chances are huge and our school is rising to the challenge,” says Vitaly Petrenko. It is his dream that the College will deepen the missionary vision of the Latvian churches and encourage them to intensify their evangelization and missionary work inside and outside Latvia. The celebration of 30 years of God’s grace in Riga proves that this vision is in every way realistic.

Currently, LBC staff and students are heavily involved in a ministry to Ukrainians, both in the war-torn country and among Ukrainian refugees living in Riga, many of them on school premises. “We were can accommodate about 100 families over the past four months. Even our library has become a bedroom for Ukrainian families,” says Dr. Petrenko. The counseling program offered trauma therapy to heavily traumatized Ukrainians and even sent a counselor to Poland to help the evangelical team in Warsaw. “We drove our old school bus around Ukraine 15 times, delivering medicine and other aid to people in pain. More than 60,000 euros have been raised for Ukraine. We teach our students a holistic mission and all of our teaching must take place in the context of real life. The crisis in Ukraine is just one of our practical commitments to reach out to people and show them God’s grace.” 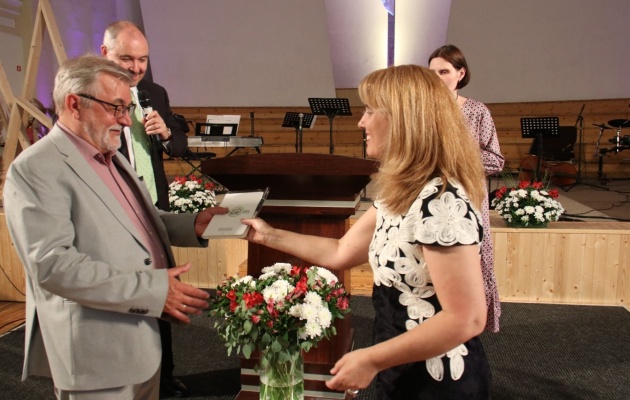 Dr. Esther Petrenko thanks WEA/PRN for their engagement in LBC

With this attitude, LBC will obviously step into a great future. “God’s grace is with us,” said one of the college professors. “There is no room for fear and God’s miracles will come true as they have been seen for the past 30 years.” Be blessed, LBC!

Johannes Reimer is Professor of Mission Studies and Cross-Cultural Theology and Director of the Public Engagement Department of the World Evangelical Fellowship (WEA).