For seminary professor Darrell Bock, it was about confronting the specificity of the list of “black codes” that restricted the lives of black people after the end of slavery – mandates in many states, for example, that they sign annual work contracts on pain of arrest.

These revelations, and more, came out of an early morning Tuesday, Sept. 13, tour of an otherwise empty National Museum of African-American History and Culture for 42 black, white, and Asian American evangelical Christian leaders. , sponsored by an initiative called Let’s Talk, which aims to foster racial unity among evangelicals.

“A lot of people have had real eye-opening moments at the museum,” said Bishop Derek Grier, founder of Let’s Talk, the day after the visit.

Visitors, including Shirley V. Hoogstra, president of the Council for Christian Colleges & Universities, A. Larry Ross, public relations officer and longtime spokesperson for Billy Graham, and Walter Kim, president of the National Association of evangelicals, followed a museum guide, most listening in silence, past Harriet Tubman. hymnal, a dress made by Rosa Parks at the time of her protest against the bus and an exhibition about the bombing of Birmingham’s 16th Street Baptist Church, which occurred 59 years almost to the day before the tour.

Their guide explained that enslaved black people regularly attended “what might be called church” secretly in brush arbors because it was illegal for them to preach or gather during the time of slavery.

But there were other lessons about how the experience of slavery formed the basis of what some see as racial injustices today. “Most people did not realize the economic impact of slavery on the founding of the United States of America and one of the plaques stated that something like 60% of the American economy was based on slavery,” said Grier, who is black.

The initiative comes in response to rejection by some evangelicals of the idea of ​​systemic racism. A 2019 survey found that when asked if the country has always been oppressive to racial minorities, 82% of white evangelicals disagreed.

Gentile, founder of the Alexandria, Va., nonprofit James 2, said the tour reinforced his organization’s goal “to use the Bible to fight these attempts at white rage and rearguard to cancel discussions of racial history and racial justice in public schools.”

Pastor Lee Jenkins, leader of the nondenominational Eagles Nest Church in Roswell, Georgia, and co-chair of the regional organization One Race, said he appreciated how some white museum visitors were affected by what they saw.

“It shook some of them to their hearts,” he said. “And that was encouraging because it showed that they had compassion and they were willing to recognize that America had a problem in this area and that this problem of racism and injustice needs to be addressed.” 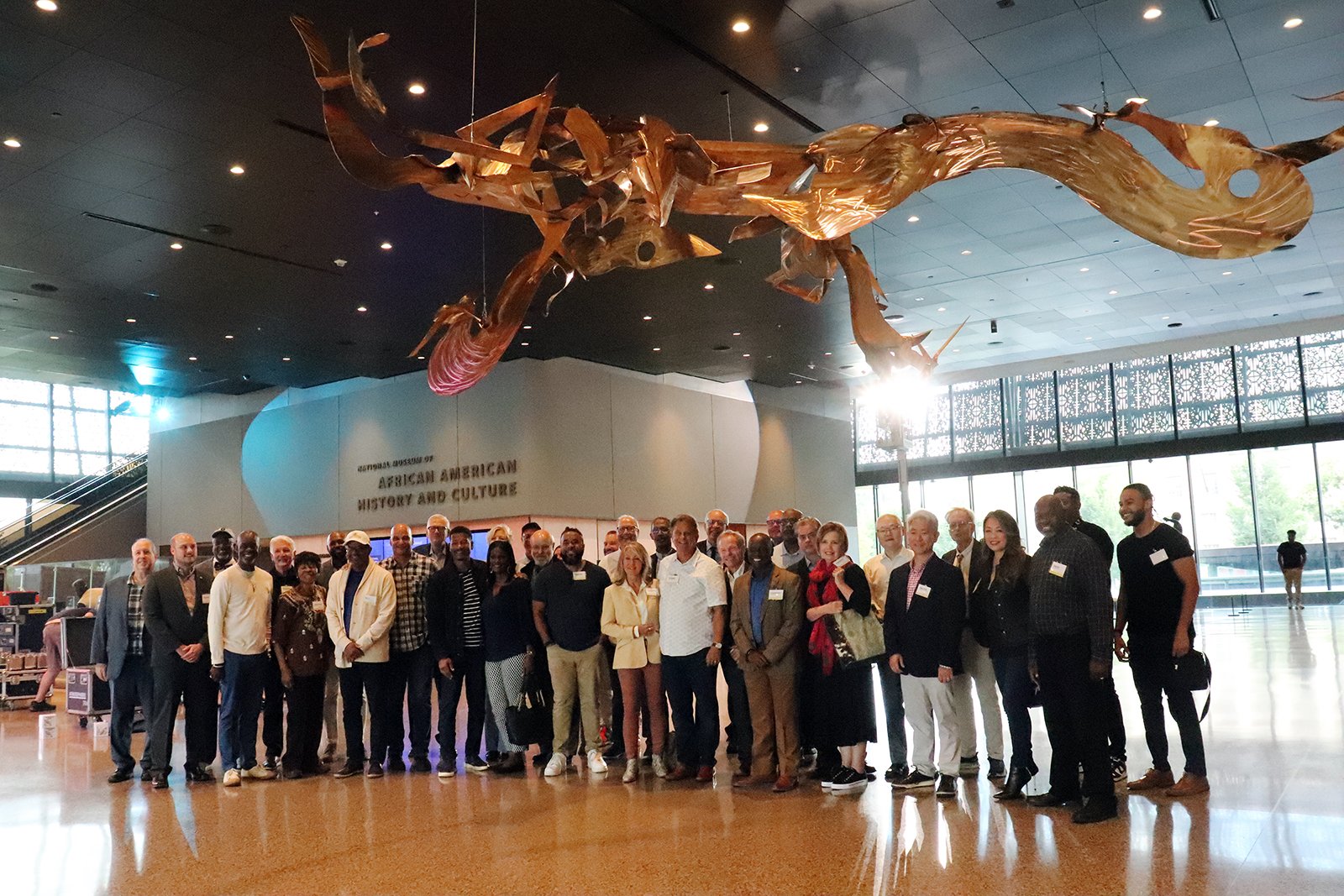 Visitors with a Let’s Talk About It initiative pose together at the National Museum of African American History and Culture, Sept. 13, 2022, in Washington. RNS photo by Adelle M. Banks

The Let’s Talk initiative was launched at a banquet at the Museum of the Bible in November, and since then more than 500 people have signed its “Declaration of Change”, which reads in part: “We believe in both the spirit and clear moral imperatives of Scripture demand that the Christian community lead the way in overcoming racial bigotry.

Some of the signatories also pledged to meet regularly — first monthly and now quarterly — on Zoom to continue conversations about racial tensions.

Many participants are already working on race issues through their churches or organizations. But Kim said Let’s Talk was a chance to learn, share and network together. “There’s a desire for us to not be territorial about this work,” he said. “It’s gospel work, and it’s really important for us to be in collaboration with others, sometimes applauding what they’re doing from afar, other times collaborating closely.”

Bock, a white New Testament scholar who taught at Dallas Theological Seminary for 41 years, said the visit to the museum helped focus the work the group had to do. He said their focus on unity in Christ is a starting point for conversations about polarization in the country, adding that discussions of race should not be separated from church witness.

“Most of the evangelical church is about individual salvation and a person’s individual walk with God,” he said. “It’s about broader community structures and being able to think about that space and helping people see that space is an important part of the conversation.”

Kim said her organization expects to support Grier’s plans for a “unity weekend” in June 2023, when churches will cooperate across racial and denominational lines on service projects and hear sermons on the unit.

In March, the NAE hired a director of its new Racial Justice & Reconciliation collaboration who met with leaders of local and regional initiatives to address racial injustice such as One Race. The NAE, an umbrella organization for a wide range of evangelical organizations, hopes to foster networks that address not only what churches can do within their own structures but beyond them to transform their communities.

Grier, who is an independent church pastor in Dumfries, Va., said his reasons for founding Let’s Talk are based on biblical lessons about collaboration, including Jesus’ teaching in the Gospels “let them be one” and that “a house divided against itself will not stand.

Presbyterian Missionary Agency Despite being relatively small, the Evangelical Czech Brethren Church has a ‘distinct and widely respected voice’ for human rights advocacy

A former evangelical preacher, now a Catholic, will speak at St. Anne’s Church