Tim Py (28) was infected with Covid-19 a few days before Carla, also at early March 2020, when the majority of the population in Spain was not yet confined. “The first infections were starting to arrive from Italy. I was in a youth camp in Soria (a town in northern Spain) and gave talks,” he recalls.

“The first two weeks was like having a bad flu, but without any other problem or need for hospitalization. I spent it at home, with my family, taking supplements and vitamins and getting plenty of rest,” says Tim.

The problems came when he realized that he was not fully recovering, even though the weeks continued to pass. “A lot of times I felt like I was getting better, but then the symptoms would come back and I was totally exhausted and sick for three or four days. This cycle kept repeating itself over weeks and then months. , so we started to worry and after six months we heard about the “Persistent Covid” collective, people talking about cases like mine.

Tim passed 7 months “with fairly severe digestive disorders, disabling fatigue, nausea and a great inability to concentrate”. “After that, my health slowly improved, but with several relapses. The stomach and nausea improved, but the physical and mental fatigue and difficulty concentrating persisted until after two years,” he explains.

“The physical and mental fatigue, as well as the difficulty in concentrating, persisted until the end of two years”

. “I am now at 90% of my physical abilities, but only at 70% cognitively. Physically, I have improved a lot and I only occasionally feel tired. Cognitively I have trouble concentrating for long periods of time or multi-taskingeven if I recovered quite a bit”.

Like Carla (see part one of this article), Tim has also been undergoing blood ozone therapy for the past few months. “I noticed its effect and it led to an improvement in my ability to exercise and concentrate. This the treatment is private and quite expensivebecause there is no treatment for Long Covid through the public health system, and in some places even no diagnosis,” laments Tim.

Sigrid Py (59) became infected with coronavirus shortly after his son Tim. “It was like a very strong flu with a lot of fatigue, a lot of headaches, stomach aches, some swelling in the throat, some breathing difficulties, sometimes a little fever and a slight dry cough which persisted after several weeks, and why I went to a health center to have my lungs checked, even though apparently there was nothing wrong with me“, she says. 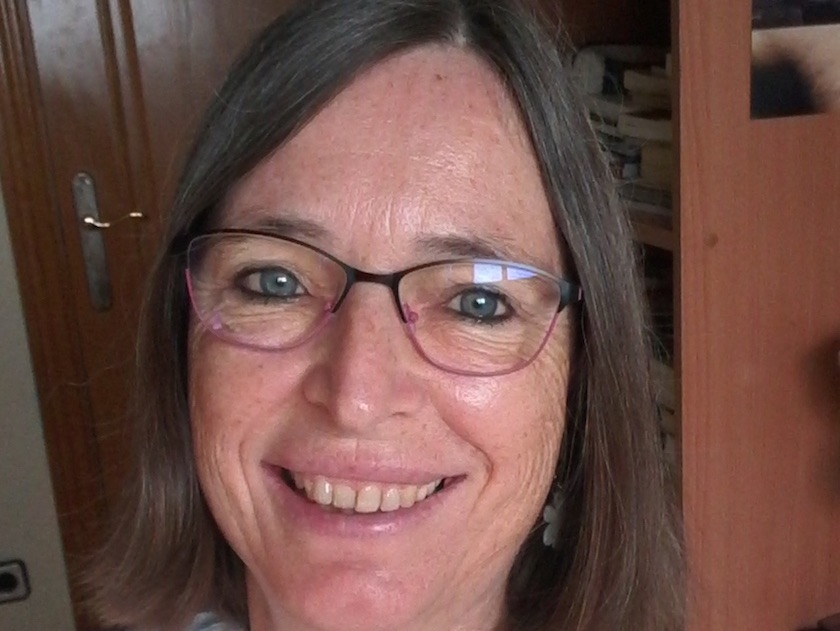 Although she feels better after three weeks, for Sigrid the feeling of fatigue and malaise persists even as the months go by. “What persisted was unusual vulnerability to wind and cold air, which easily gave me cough, and tingling in the heart for which I consulted a cardiologist, as well as some cognitive fatigue, ”she says. “Four months after the infection, we took a trip to Germany by plane, which made me unusually tired,” she adds. Shortly after, she suffered “a new episode of fatigue, which this time ended in diplopia (double vision)”. “Fortunately, this distressing reaction was absorbed over the following weeks. But the fragility, in terms of strength, remained and lasted for over a year. I had developed chronic post-viral fatiguewho was diagnosed as such in the summer of 2021”.

“On a psychological level, I experienced the lack of energy and initiative very badly. I didn’t feel like myself”

Although Sigrid suffered from symptoms such as “constant vulnerability to any physical, mental or emotional strain or overload”, in combination with “headaches, sometimes stomach pain, digestive problems, discomfort in different parts of the body, insomnia, cognitive fatigue and a fog, lack of energy” or even “an acute ear infection that ended in chronic tinnitus”, he was often told that his case was too mild or that she didn’t need rehabilitation.

“Thank God, two years and three months later i feel much bettermaybe because of the time that has passed, the adaptation of my lifestyle and the amount of supplements and hydrogenated water that I take to boost the immune system and fight fatigue,” she says.

But how to live with such symptoms and this feeling of fatigue and vulnerability on a daily basis? Just as the virus has affected people differently, killing 110,775 people in Spain alone, each person with Long Covid has adapted their routine to the new reality in their own way.

“I’m very tired of having conversations and seeing people, although I’ve always been very sociable”

For Carla Martinezit is something that has affected “all areas, to drive, make the bed or read, work or study”. In fact, she had to take a break and postpone the master’s she was studying. “I have a lot of friends that I haven’t been able to see since before the pandemic. I’m very tired of having conversations and seeing people, although I’ve always been very social. The energy of those of us with “persistent covid” is limited. If I read a book, I may not be able to do anything else that afternoon. To see friends, I have to rest days before and days after to compensate for the effort. I have to force myself to do everything little by little, which is difficult in a society where everything is going so fast,” she says.

So says her husband, Chris Dirks. “Carla’s disease meant a change in our relationship dynamics and in my responsibilities as a husband.. It’s hard to remember all the phases, but for me it’s now about being sensitive to her condition on a daily basis and taking care of her in her weakness. There are days when she has a bit more energy and it’s exciting to go for a walk or do an activity, and there are days when the main event is cooking a recipe together. I had to learn to walk slowly, not to multitask, not to jump quickly from one conversation topic to another. We had to simplify our lives,” says Dirk.

Now, he adds, “I know what things are draining his energy and how I can help him rest. When she needs to eat, take medicine, or sit down for a while, and if we do things at a pace that works for her. II also had to learn not to burden him with my questions and concerns.but to fit what she tells me she needs,” Chris adds.

In the case of Tim, missionary in Spain, director of the Christian Surfers Spain ministry and current collaborator of the ‘Hogar Asubio’ in Cantabria, Long Covid has disrupted his usual activity, above all affecting his ability to concentrate. “Relationally, it was a big challenge, especially during the months when I was less well,” he adds. “I wanted to do things with friends, go out, have fun, but I didn’t have the energy for that. I ended up not enjoying these moments and feeling the need to rest, even though I had made almost no effort. It was very frustrating”.

Sigrid, a counselor, has been particularly affected by chronic fatigue, which “makes her unable to live the life she had before, which is difficult to accept”, she says. “I had to postpone different projects, refuse a ministry Opportunitiesgive up making plans and limit myself to doing the the bare necessities of daily life, at home, in the ministry and in my family relationships,” she says. “On a psychological level, I experienced the lack of energy and initiative very badly. I didn’t feel like myself,” she remarks.

This is part two of three in-depth article on the effects of Long Covid. Part one has been posted here and part three will be available on Evangelical Focus before the end of August.